Propolis – The natural antibiotic of bees

Propolis (also called putty or bee glue) is a rubbery, sticky, resinous, thermoplastic material. Certain worker bees collect resin from buds, leaves and tree bark. Poplar, willow, chestnut, fir, spruce and larch provide the raw material. In the hive, the resin is mixed with wax and pollen and made supple with a special saliva secretion. The honeybees use propolis as a building material for repair and insulation work, and to disinfect the entire hive. The bees protect their dwelling against drafts, moisture and microbes. Propolis is even conditional protection against radioactive radiation for the bees.

The extraction of propolis

When beekeepers break out and scratch propolis from the hives, they must be very careful. In a beehive entirely free of cement, the bees would be vulnerable to environmental influences and could not survive. So one has begun to use very close-meshed lattice as Propolisfallen. Bees fill holes that do not exceed a certain size (3.7mm) with propolis. Larger holes seal it with wax. Nevertheless, the yield is low, per year and people can be obtained from our bees about 100 – 150 g Rohpropolis.
Most propolis comes from South America and from Asia to the market. There, other bee species and climatic conditions allow the collection of far greater amounts of propolis.
In Germany, the free sale of propolis due to drug law is controversial. There is currently no universally valid regulation. In some federal states, the authorities generally prohibit beekeepers from selling and distributing them on the grounds that propolis is medicine and, as such, pharmacy-only. In no case may be referred to a specific healing effect. There are now many propolis preparations that you can order in pharmacies or on the Internet.
The resinous components make the propolis tincture rather sticky. Stains on clothing and on the skin can be cleaned with nail polish remover or with cleaning agents that are suitable for the removal of synthetic resin paints. 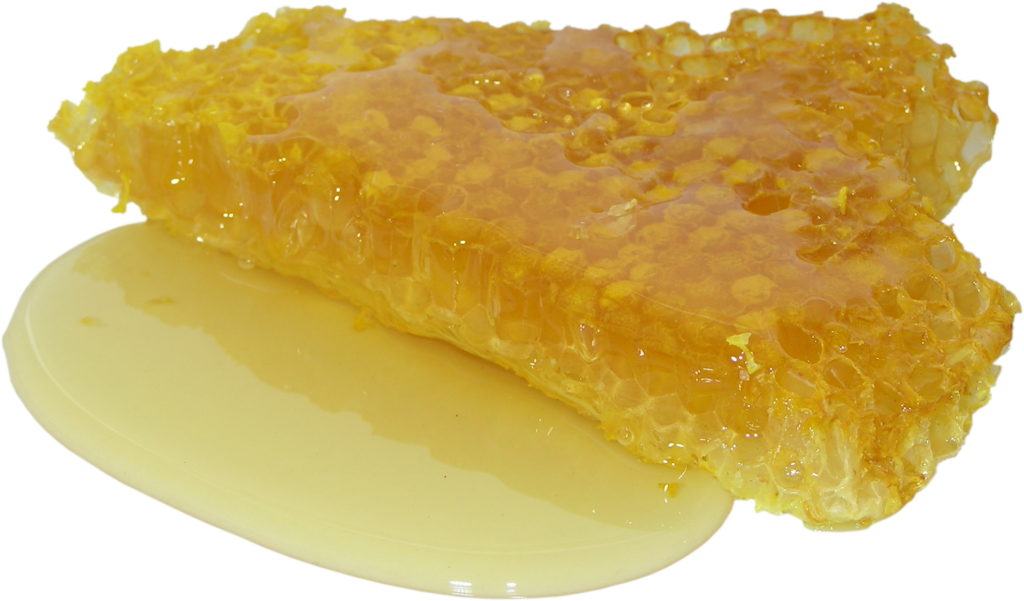 What properties does Propolis have?

The healing properties of propolis are attributed to various acids (the best known being acetylsalicylic acid – aspirin) and the high concentration of flavonoids. But these alone can not be the secret of the versatile effect. Rather, it is probably the long-unexplored large number of over 270 ingredients (minerals, vitamins, trace elements) that are present in propolis in an inimitable combination.

Well known and yet rediscovered

History
The knowledge that man has of propolis does not go as far back as that of honey. But we know that many millennia before our time, the priests of ancient Egypt knew this material and used it in large quantities in the chemistry and art of mummifying their dead.
Also with the Incas the antibiotic effect of the Propolis was well-known.
Propolis was mainly known as a germ-inhibiting remedy and was used by the ancient Greeks over Napoleon to the Russians in World War II in wounding wound healing.
For us, the healing properties of propolis were largely forgotten. For some beekeepers and some naturopaths the knowledge, fortunately, has been preserved. For some time, propolis tincture has again been a fixture in many home pharmacies.
Today, Propolis is experiencing a renaissance. In the age of antibiotics, which began their triumphal procession after World War II, they thought they had better things than propolis. The antibiotic weapons have become dull. We are increasingly confronted with resistant germs. Propolis has lost nothing of its effectiveness, after all, there are many millions of years of evolutionary experience. Propolis is a substance that contains many different components that are variable in their concentration (therefore propolis can not be standardized). However, this explains the fact that there is no resistance to propolis. Propolis also works against viral and fungal infections. That makes Propolis interesting for research and a whole army of scientists is now trying to fathom the secret of its effectiveness. 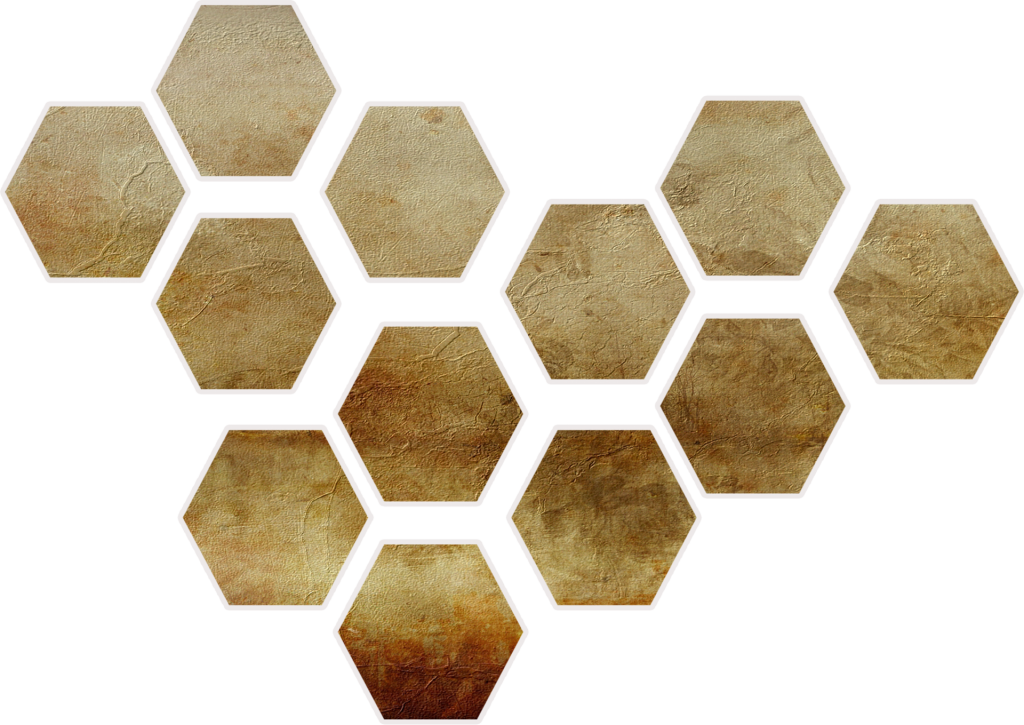 Dosage: Adults should take up to 20 drops, on 3-4 doses per day. The intake on bread or honey is best.
Please always start with 2-3 drops, as there may be allergic reactions to propolis.
In the pharmacy or in well-stocked health food stores you will find propolis lozenges, toothpaste, mouthwash, skincare and health capsules.
Propolis can be nebulized in special devices and is used in this form for chronic respiratory diseases (asthma, bronchitis, allergies). Some wellness hotels offer beehive inhalation directly from the bee colony.

Please note that the use of propolis does not replace the doctor’s visit for health problems. Propolis can be used alongside other medicines.

The effect of Propolis (also known under the name “Kittharz”) has long been known in medicine and gets there more and more attention. Basically, propolis is a resin that covers buds and ensures the survival of trees. The whole thing is a biological protection mechanism. Bees have taken advantage of this substance by bringing this cementing resin into the hive. Propolis is, therefore, building material of the honey bee. The extraction of this resin is a fascinating chapter of nature.
The composition of the bud resin is a natural agent and is subject to variations.

What makes this effect of Propolis, why is Propolis for doctors so interesting?

The ingredients of propolis are flavonoids: apigenin, hanging, Ruhin and Querzinin. These have a proven bactericidal, fungicidal and viricidal action (they kill bacteria, fungi and viruses). The Querzinin has proven to be a herpes remedy. Propolis contains at least 30 substances that have an antibacterial effect. Therefore, Propolis knows no resistance. A germ does not manage energetically to create resistance against so much concentrated substance. Many years ago, scientific studies have shown that Propolis in one percent solution eliminates germs such as Staphylococcus aureus, Bacillus subilis and Candida albicans completely. Other interesting experiments – caring piglets were fed first with milk and a ten percent propolis solution and then with a wheat meal to which 10 grams of propolis was added.

The piglets achieved a significant improvement in the daily body weight gain compared to the control groups without propolis. Ducklings were fed with propolis substance, proving that the propolis-fed unit had twelve times lower losses than another group receiving furaoolidone (antibiotics). Propolis-fed geese have a better hatching rate. In the healing of wounds, propolis has shown a regenerative effect – even with burns. Propolis-treated burns healed faster than those treated by other means. In my native Bulgaria, you appreciate the propolis very much. Many attempts have been made by scientists. For example, Dr. Zakoff proved that propolis has a local anesthetic effect and that a 0.25 percent solution is 3 to 4 times as effective as cocaine or novocaine.

I use Propolis ointment for surgical sutures because it heals the wounds without scars and the animals hardly have any pain. The anesthetic effect of propolis is based on the salicylic derivative contained therein. This has not only analgesic, but also an anti-inflammatory effect. Propolis also contains papaverine and therefore has a spasmolytic effect. It is also known by propolis that it has a circulation-stimulating effect on osteoarthritis, gout and rheumatism. There have been reports of the use of propolis in nectarbacillosis (purulent, lazy nail bed inflammation, fashion hickeys) of the skin in sheep, in trichophytosis (skin fungus) in calves (contagious to humans), in vaginal mycoses. Boluses have also had excellent effects.

Why do the bees need the propolis?

With propolis, the bees clog cracks and crevices of their beehive. Due to the antibiotic properties it serves to mummify intruders. These are killed by the bees and immediately coated with propolis. The propolis prevents it from mold in high humidity and evaporation in case of drought of the hive. Above all, the propolis prevents fungal growth in the hive. Incidentally, the Propolis has been incorporated in the paints of Chinese and Japanese wood sculptures and has caused their enormous durability. The Egyptians used the putty resin for the preservation of mummies.

Why is Propolis not registered as a medicine?

You have to register each ingredient individually – this would be a problem that can not be financed. It is and remains an excellent remedy. I have taken advantage of it in the worm prophylaxis. Dogs, which received the Propolis every 6 months for 15 days, had over 90% no worm eggs in the faeces. In kennel cough, laryngitis, otitis, sinusitis propolis has brought healing in no time.
In Bulgaria, the known effect on gastric and duodenal ulcers of propolis is also highly valued, also in enteritis (inflammation of the intestines), haemorrhoids, colitis (colitis). It’s anti-inflammatory and vasodilator effect, as well as the improvement of microcirculation, give it a noteworthy place in the prophylaxis of atherosclerosis.

What do I use Propolis ointment for?

A very important argument for the use of propolis is the fact that in humans (possibly not much different in animals) only 1% react with intolerance. I assume that humans and animals have developed against a certain amount of pollen allergens. For susceptible immunocompromised animals, I give propolis at vaccination for 2 weeks or as a cure to reduce the susceptibility to disease. Thanks to its viscid effect, Propolis is well-suited for the prevention of influenza and for the convalescent after illnesses.