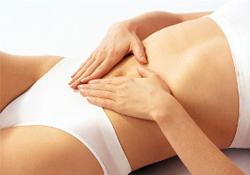 Because of its pain-relieving and regulating the menstruation, Propolis was already used in ancient times. This is still common today. For dysmenorrhea and amenorrhea, take five drops of propolis tincture twice a day in a little water or five chewy candies. Ovarian and tubal infections are also treated with drops (internally) as well as externally by ointments or ointment covers on the analgesic sites. The already cited Polish researcher Stanislaw Scheller also reports on the excellent effect of Propoliszäpfchen for vaginitis (vaginal inflammation), leucorrhea (white-flow) and other bacterial or fungal infections of the female genital tract. The Polish lecturer Henryk Suchy and his wife, Maria Suchy, who run the gynaecological department of the hospital in Goczalkowice Zdroj, have dealt with the common infectious disease Trichomonas vaginalis.

They used either 30 mg propolis tablets, tampons soaked in propolis solution or propolis vaginal suppositories. Suchy 42 was able to heal completely from 48 patients; only six did not respond to the propolis tablets at all. Propolis also has an inhibitory effect on other pathogenic germs. Finally, Henryk and Maria Suchy have propolis against climacteric complaints; applied with excellent success. Propolis has, in ointment form; externally also in mastitis; in Decubitus (bedsores), Craurosis vulvae and Colpitis senilis proven. There is now a kind of Propolis International. The most famous researchers in this field come together regularly. One of the meetings took place in 1980 in Budapest. President of the Congress was the President of the World Beekeeping Association “Apimondia”, Professor Ing. V. Harnaj. one of these researchers is the Danish beekeeper and biologist K. Lund Aargard. He reported that he had a sudden sore throat; cured with an aqueous propolis solution within a few hours. Even with a later occurring severe eye inflammation; proved itself Propolis. That was in 1967. Since then, Aargard has been using Propolis to more than 16,000 Scandinavians, with great success. It is also thanks to him that there is recently a propolis standard (“Propolis Propolinqualität”). The difference in weight of purified to raw propolis is up to 30 percent – and Aargard believes that “extracting” the propolis ingredients and removing impurities (sand, wood wax) increases the therapeutic effect.